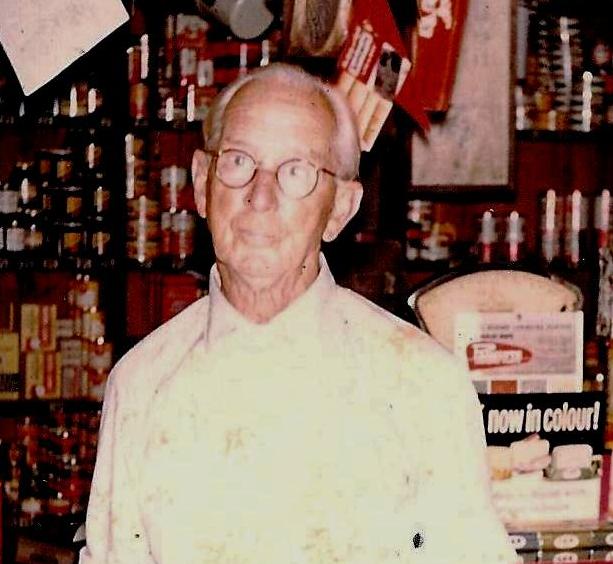 Ernest volunteered for active service but was found medically unfit.

The Chronicle, 24 May 1918 reported Mr. E. Middleton resigned as secretary of the Queensland Farmers Union (QFU), Lilley district on account of being accepted by the AIF.

Ernest MIDDLETON was born in Brecon, in Wales and at age 25, Ernest and his younger brother Walter purchased the stock in trade of boot and shoe manufacturers S. Middleton and Son, at 41 High Street in Brecon, for 1700 pounds.

But a year later Ernest set sail for the Antipodes, in 1908 paying for a Hawkers and Peddlar license in Auckland. In a letter from his mother, dated 1909, his mother offered Ernest a loan of 300 pounds at four percent interest to help him start in business. After immigrating to Australia in 1909 Ernest travelled around before opening a store in Eudlo. In 1910 he successfully applied to the Immigration Department to bring out his sisters, Sarah, Florence and Beatrice.

In 1914 Ernest built his Cash and Carry store and adjacent cottage in Main Street, Buderim.

In response to a letter from Ernest to friend Sidney Pearce in Wiltshire, UK, dated November 16, 1922, Sidney says:

“The account of Buderim and its possibilities is very glowing and makes one long for the country. The climate I am sure must be grand, and very healthy.”

He continues: “I also note you are captain of your football team. Good luck to you; no doubt you have some good games and enjoy a healthy sport in Australia, as well as if not better than at home, where I am inclined to think sport today is being spoiled by professionals.”

“Middy”, as he was universally known, was a keen sportsman. He was president of Buderim Cricket Club and Buderim Sports Club and served on the committees of the Bowls Club, Golf Club and Billiards Club. In 1920 he formed the Buderim Football Club which he ran until it folded in 1928. He received an “enticing” offer to play for one of Brisbane’s leading soccer teams, but refused for business reasons.

During the depression in 1931 his store closed for several months but soon reopened and continued to trade until 1979.

He was a Maroochy Shire councillor and president of Buderim Show Society and other community groups including the Memorial Park and Recreation Reserve Committee.

Ernest died in 1959, aged 77, and for many years the store was operated by his son Glynn until he sold the shop and house to Buderim Nominees who developed the current Middy’s Complex.

Ernest is buried in the Buderim Cemetery, Queensland.

NAMED IN HIS HONOUR